All over the UK there are all types of properties at risk of being affected by historic mining activity. The most affected areas are the North of England, Scotland and Wales.
In 2017 it was estimated that 33% of homes have been built within 250m of land that might have been used for Coal Mining activity.
There are many widely reported cases where old mineshafts or tunnels have collapse causing damage to properties or homeowners land. Such as this story… In the Coxlodge area of Gosforth a 20ft sinkhole appeared where an old mine workings used to be. One of the worst affected areas of the North of England by the UK coal industry has been Newcastle with reported mine entry shafts approaching the city centre. 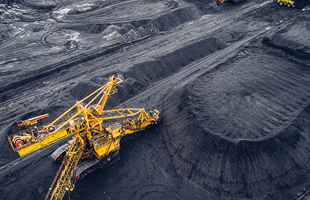 Coal is not the only product that we have mined heavily across the UK in the decades gone by, there are over 55 different mineral types extracted from the ground. CDS has access to a variety of reports from multiple sources that give vast and accurate risk assessments on ground stability.
Did you know that there are now different suppliers of CON29M reports?

Well, we are halfway through 2020 and it’s been an unexpected year so far… From 13th May the Housing Market reopened, but it hasn’t completely gone back to normal. Here are just so...

Service Update Over the last few weeks, we have been actively monitoring the development of Covid-19 and we have supported the UK Government’s approach by implementing a range of measures acros...

On 11th February 2020, the Government announced that they have decided to go ahead with HS2. This means the works will continue to build a high-speed rail link between the North and South to connect m...

Since the General Election last year the property market has been the busiest it has been since the referendum in 2016, with the media reporting a rise in property prices. However ING International ha...