Excitement is building with the football world cup starting later on this week. Although not the biggest footie fan, I must admit that I am actually quite looking forward to it myself and hope that we remember it for events ‘on’ the pitch rather than events ‘off’ it. Apparently the Russians are even being taught how to smile!

England are given a 4% chance of winning the whole thing, which is probably a fair call based on raw statistics, but I am quietly confident that they will do well in the tournament and certainly get to the knock out stages, when anything can happen (unless it’s a penalty shoot-out which we’ll lose!).

I think it’s their preparation and the build-up that has impressed me the most. For once it has been calm and without any media scandal etc. (even though some have tried to stir up a storm). The team/squad has basically selected themselves (could anyone really back Joe Hart for inclusion? I didn’t think so) and they not only seem to know what they are supposed to be doing, they seem to be getting along brilliantly and enjoying themselves. Indeed there is a clarity of thought there that hasn’t been evident before, such as Roy playing Rooney in midfield in the Euros or asking players to come out of retirement to play in previous tournaments.

Then the chances are that you will succeed. I often think that the parallels between sport and business are overplayed, but a high level view like this makes sense.

Of course England could lose their opening game and the whole thing could come crashing off the rails, but somehow I don’t think it will……….fingers crossed!

Much of the same on the TATs from Local Authorities this month with no great change. You might spot a few big changes for individual authorities but that is often due to staff issues on or around the Bank Holidays with people taking days off at short notice, so this should settle down in June.

Anyway, here are the ones that won’t make it out of their group: 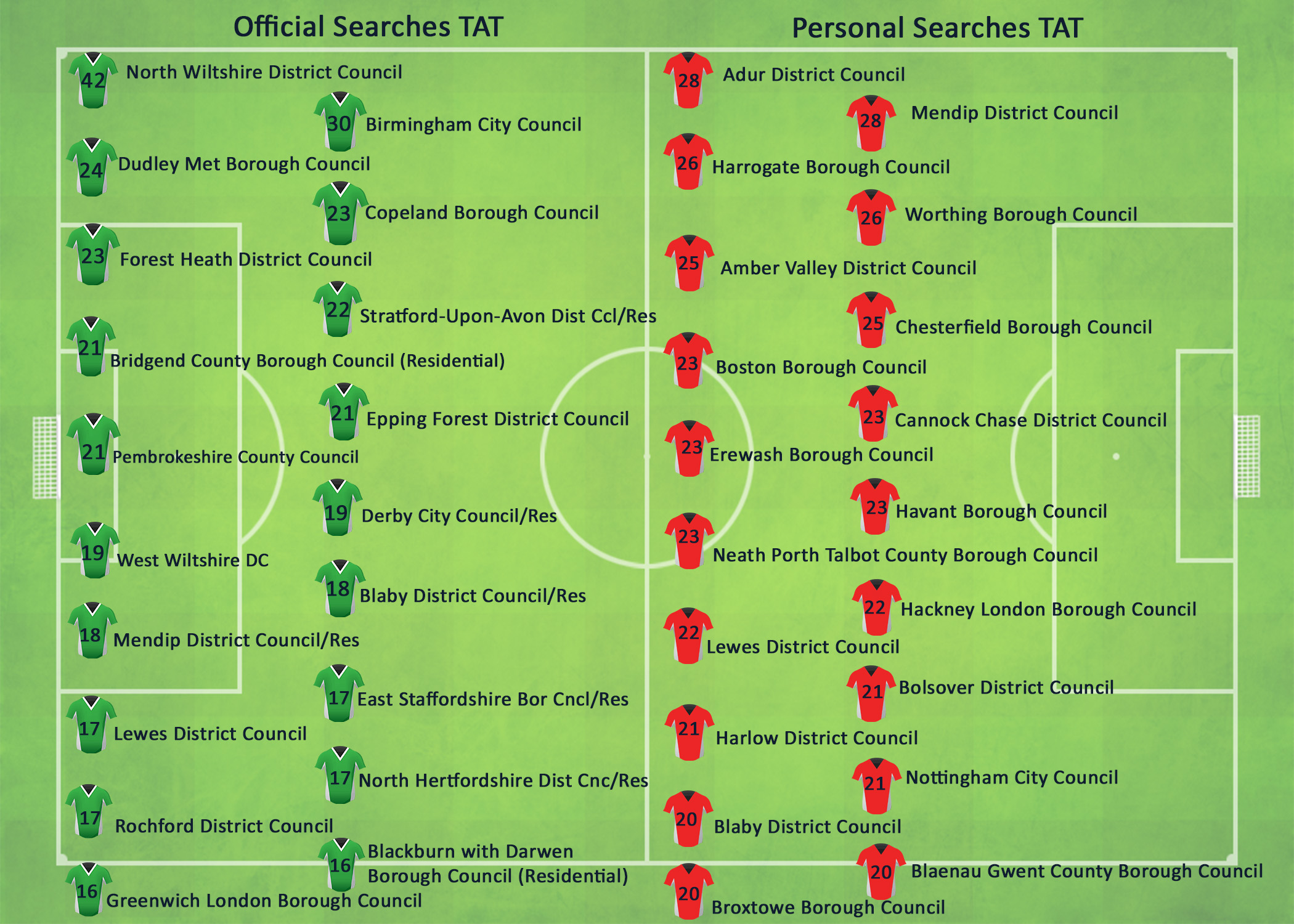 Of course football isn’t the only thing going on this month. All of the home nations are on their end of season rugby tours, cricket internationals are well underway (well done Scotland!), even the F1 traffic jam is proving to be a little more interesting this year and of course Wimbledon is just around the corner.

So pull up your favourite chair, crack open the wine/Pimms/prosecco/beer and enjoy the spectacle.